The connection between the Murray Gell-Mann Amnesia effect and translation may not seem obvious to begin with but ‘forgetting what you know’ is something that can sometimes happen during a project.

There has been a lot of talk recently about ‘fake news’ and how various news networks have been guilty of not fact checking their reports. Indeed, some news channels and newspapers have even been accused of peddling outright lies. One of the reasons for this, as suggested by the late author Michael Crichton, is that news outlets, especially television news pundits and commentators, have moved away from analysing events that have happened and have now moved in to the realm of pure speculation on future events that might happen. One only has to turn on the television or open a newspaper to see multiple, contradictory articles by various ‘experts’ telling us how Brexit will affect us and how much the pound will be worth in twelve months’ time. 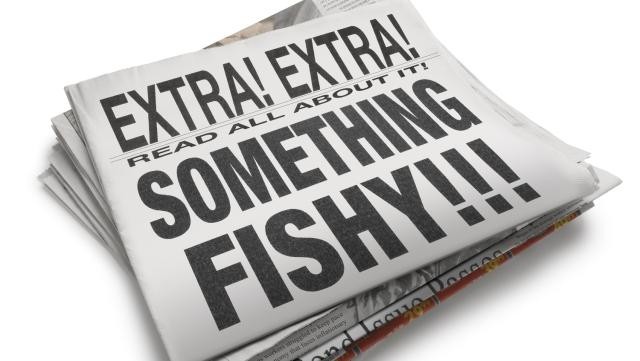 While use of the phrase ‘fake news’ might be relatively recent, the move from analysis into speculation by news channels has been going on for a number of years. The main problem with this, as Michael Crichton points out, is that nobody knows what the future holds. This therefore renders most of the media output as utterly worthless and about as effective as asking Mystic Meg to gaze into her crystal ball in order to determine the outcome of an election, or effect of government policy.

Following on from this, Crichton started to notice a curious phenomenon when reading newspapers and listening to news reports, which he termed Murray Gell-Mann Amnesia. As he explains:

“Briefly stated, the Gell-Mann Amnesia effect is as follows. You open the newspaper to an article on some subject you know well. In Murray’s case, physics [Murray Gell-Mann is an American physicist who received the 1969 Nobel Prize in physics]. In mine, show business. You read the article and see the journalist has absolutely no understanding of either the facts or the issues. Often, the article is so wrong it actually presents the story backward—reversing cause and effect. I call these the “wet streets cause rain” stories. Paper’s full of them.

In any case, you read with exasperation or amusement the multiple errors in a story, and then turn the page to national or international affairs, and read as if the rest of the newspaper was somehow more accurate about Palestine than the baloney you just read. You turn the page, and forget what you know.”

Forgetting what you know

The problem of forgetting what you know can sometimes occur during a project, especially when it comes to translation. The planning and execution of a project takes weeks, if not months to perfect, with documentation being revised through countless drafts and revision. In many cases, experts are contracted in to provide specialised knowledge and yet once all this has been done, the final drafts reviewed and signed off, the translation phase is often passed on to the least expensive supplier – all project management procedures seem to be forgotten, or simply thrown out of the window. As with the Gell-Mann Amnesia effect, it seems to be assumed that the translations will be perfect and convey all of the collected wisdom once the source files have been translated into a foreign language.

Why work with Foreign Tongues?

Don’t “forget what you know” when it comes to ensuring quality and consistency when delivering your projects.

Foreign Tongues project managers work as an extension of your team by keeping you up to date with the process, as well as bringing any potential issues to your attention. By choosing Foreign Tongues to translate your market research projects, you can rest assured that your translations will be undertaken by linguists that have the level of expertise required to present your knowledge and insights correctly.

For help on your next project, contact Foreign Tongues to get the 20 minute quote.