The story of Veganuary

January is a well-known month for planning numerous lifestyle changes. Whether it’s giving up alcohol and participating in Dry January, following a cleaner diet and a healthier lifestyle or losing weight and getting fitter. New Year’s resolutions don’t tend last for long, but if done right, by setting reasonable and achievable goals and targets, these resolutions have a higher chance of sticking. Perhaps giving them a timeframe can be a bit of help.

Veganuary is one of them.

Veganuary is a name for going vegan, or not eating or using animal products, for the month of January. Veganuary is also a non-profit organisation.

Veganuary was launched in the UK in 2014, spreading to the U.S and other countries. In 2019 more than 250,000 people in the UK market alone took the pledge to try a vegan diet, while more than 500 brands, restaurants and supermarkets promoted the campaign, and launched new vegan products and menus.

Various studies have found that plant based diet could lead to weight loss, dropped cholesterol levels, improved health and boost psychological well-being. The recent Netflix documentary called “The Game Changes” also shows that a plant based diet is linked to a better athletic performance, healthier heart and longer life spam.

A new study by Kantar found that most participants will not resume their previous food consumption habits when the month-long vegan pledge is over. People who cut animal products out in January 2019 preserved reduced meat consumption levels until at least July 2019. Kantar calculated that the total volume of this reduction was at least 4,452,603kg. The Veganuary team worked out that this reduction equates to approximately 3.6 million animals! 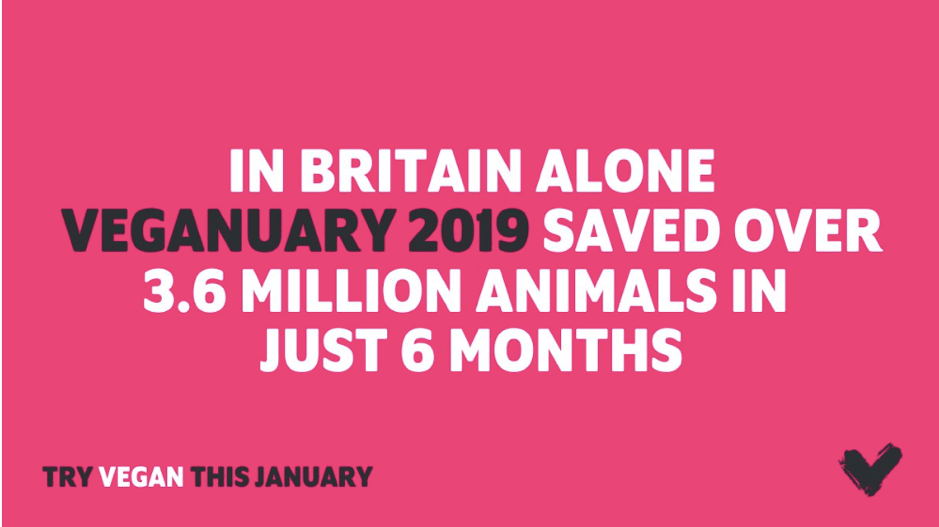 New research, conducted by the Veganuary and the environmental researcher Joseph Poore, shows that if 50,000 people worldwide go vegan for January 2020 it will save:

Whether it is a January thing or not, Veganuary doesn’t have to be a temporary solution, but a long lasting change. Food for thought.