A new glove has been developed that can translate sign language into text to provide real-time translation. Developed by the University of California, San Diego, the glove is able to convert the 26 letters of American Sign Language (ASL) into text on a smartphone or computer screen for a lower cost than other automatic sign language translators, and is more portable. This invention means that people within the deaf community will be able to communicate effortlessly with those who don’t understand sign language, opening new opportunities. 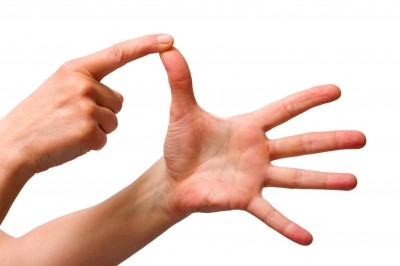 ASL language is hard to learn without having the corresponding sounds to go with it and only few people outside the deaf community are able to speak it. In the UK, someone who is deaf is entitled to a sign language translator at work or when visiting a hospital, but it can be incredibly difficult to communicate with people who don’t sign, in places outside of work or a hospital. In this situation a glove that can translate for them would make life much easier.

“For thousands of people in the UK, sign language is their first language,” says Jesal Vishnuram, the technology research manager at the charity Action on Hearing Loss. “Many have little or no written English. Technology like this will completely change their lives.”

The new glove is made of a standard glove with flexible strain sensors that are placed over different knuckles.  When a user bends their fingers or thumbs, the sensors stretch and their electrical resistance goes up. The software uses these signals to work out the configuration of the hand.

Motion sensors on the back of the glove interpret whether the hand is still or in motion, enabling the making of a letter selection. For example, both the signs for “i” and “j” involve extending just the little finger. For “i” the hand remains still, whereas signifying “j” requires rotating your hand 180 degrees. The motion sensors detect these differences and send signals via Bluetooth to an app on your phone, which will display what you want to say.

It is hoped that this glove could help deaf people to communicate with those who do not understand sign language, while also facilitating the control of robotic devices.