The Advantages of Being Bilingual

Home ▸ Blog ▸ The Advantages of Being Bilingual

Being able to speak a foreign language makes you more employable, more culturally aware and certainly makes it easier for you to travel when abroad.  Moreover, researchers have found some health benefits from speaking more than one language, including faster stroke recovery and delayed onset of dementia.

It has also been proven that the benefits of bilingualism occur at a very young age. While the difficulty of learning a second language delays the average time it takes bilingual babies to start speaking by between three to six months, these babies already demonstrate enhanced cognitive ability before they even start to speak. 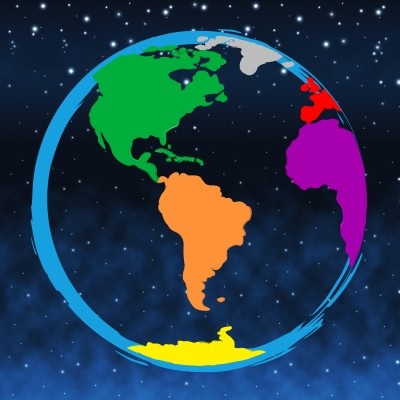 Bilinguals have better cognitive skills, keeping their brain persistently alert and active. For example, they can easily and quickly solve puzzles.

Multilingual people are skilled at switching between two systems of speech, writing, and structure. According to a study conducted, by Judith Kroll, these skills make bilinguals better at prioritizing tasks and working on multiple projects at the same time.

Further research undertaken by Ellen Bialystok suggests that the benefits of bilingualism appear across all age groups. Studies of children who grow up as bilingual speakers indicate they are often better at perspective-taking tasks, such as prioritizing, then monolingual children.

Bilingual people have a more increased level of concentration than their monolingual colleagues, helping them focus on relevant information and removing the irrelevant.

There is evidence that proves that bilingualism could slow the onset of dementia and help protect the brain in later life.

Dr Ellen Bialystok, of York University in Toronto, Canada, and two colleagues examined hospital records of patients diagnosed with a variety of different types of dementia.

They found that “Despite being equivalent on a variety of cognitive and other factors, the bilinguals experienced onset and symptoms and were diagnosed approximately three to four years later than the monolinguals. Specifically, monolingual patients were diagnosed on average at age 75.4 years and bilinguals at age 78.6 years.”

“Studies have shown that certain types of dementia appear up to five years later for people who speak a second language compared with monolinguists.”

Latest studies show that people who speak two or more languages are much more likely to have better memories than those who don’t. Reasons for this are varied. It’s known that bilingualism encourages more parts of your brain to be active at various times and the memorising of rules and vocabulary improves your memory, and strengthens the mental muscle.

Travelling is the best way to explore other cultures and see the world. While it’s certainly possible to enjoy a trip to a foreign speaking country without knowing the language, being able to speak with locals can make it a whole new and unforgettable experience. It will probably save you a few pennies too!

Helps with a career

Now that the UK is making their exit from the UE, bilingual people are extremely valuable and important to English businesses. 50% of recruiters take speaking a second language into consideration when placing candidates in jobs. Many companies have international offices and production facilities in other countries. These companies prefer to hire versatile employees who can speak other languages and meet diverse cultural expectations. Knowing more than one language also makes it easier for you to get a job abroad and travel. This will depend on the company you work for of course and the nature of job you are doing, but if French is your second language, a business trip to France could be on the regular agenda.

Looking at the following list why would you not want to learn another language? Who would not want to have a superior ability to concentrate, solve problems and focus? Better mental flexibility and multitasking skills are, of course, valuable in everyday life also.