Two studies were recently conducted looking into the abilities and behaviour of bilingual children. 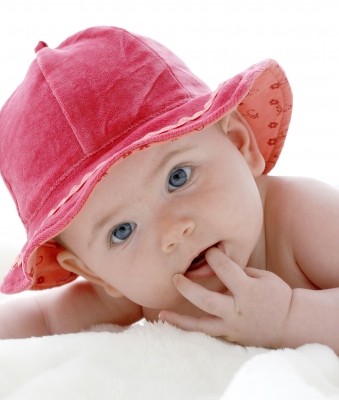 Study 1: Babies can understand the difference between two languages while in the womb

The study undertaken by a team at the University of Kansas found that unborn babies are able to recognise the differences between two languages and respond differently to hearing a language they are not familiar with. The study used 24 pregnant women and tested whether their foetuses responded differently to the rhythm of a language that was new to them. They used English as the language the baby was accustomed to and Japanese as the unfamiliar language. They found that the babies’ heart rates changed when they heard the unfamiliar Japanese language but showed no difference in heart rate as a response to the English language. This suggests that language development begins before birth.

“These results suggest that language development may indeed start in utero,” said Utako Minai, associate professor of linguistics at the University of Kansas and the lead researcher on the study. “Foetuses are tuning their ears to the language they are going to acquire even before they are born, based on the speech signals available to them in utero.”

“Pre-natal sensitivity to the rhythmic properties of language may provide children with one of the very first building blocks in acquiring language. We think it is an extremely exciting finding for basic science research on language. We can also see the potential for this finding to apply to other fields.”

Study 2: Bilingual babies can distinguish between languages at 20 months old

The second study, directed by Dr Lew-Williams from Princeton University, suggests that bilingual children can tell the difference between two languages at 20 months old. Research showed that infants growing up bilingual had the learning ability to make sense of both languages from just listening. It also supports the previous research and confirms that babies in multilingual families have better brain power and end up smarter for life.

“By 20 months, bilingual babies already know something about the differences between words in their two languages.” said co-author Casey Lew-Williams, an assistant professor of psychology at Princeton University. “They do not think that ‘dog’ and ‘chien’ are just two versions of the same thing. They implicitly know that these words belong to different languages.” Dr Lew-Williams said.

Babies can distinguish between words in the two languages the moment they hear them. This proves that parents and teachers should not be concerned that bilingual children will confuse their two languages or delay their language development. The study not only confirms that bilingual babies monitor and control their languages but also provides an explanation as to why bilingual people show cognitive advantage across their lifespan.

To complete the study, researchers used 24 French-English bilingual infants and 24 French-English bilingual adults in Montreal, showing them pairs of photographs of familiar objects and had them listen to a simple sentence in either language or a mix of both. The study used eye movement tracking measures to see how long the infant’s or adult’s eyes were fixed on a photograph after hearing a sentence and also tracked pupil dilation. The analysis showed that bilingual babies were more accurate at recognizing things when same-language sentences were used rather than when switched-language sentences were used. Interestingly adults showed similar patterns, proving that bilingual babies are processing languages in the same way adults do.

“These findings advance our understanding of bilingual language use in exciting ways — both in toddlers in the initial stages of acquisition and in the proficient bilingual adult,” said Janet Werker, a professor of psychology at the University of British Columbia, who was not involved with the research. She noted that the findings may have implications for optimal teaching in bilingual settings. “One of the most obvious implications of these results is that we needn’t be concerned that children growing up bilingual will confuse their two languages. Indeed, rather than being confused as to which language to expect, the results indicate that even toddlers naturally activate the vocabulary of the language that is being used in any particular setting.”